Thank you for reading!

Convenient Home Delivery every Tuesday, Thursday and Saturday PLUS E-Edition access and unlimited articles on observernewsonline.com

e-Edition and Unlimited Access to articles on Observer News Online

Starting at
$0.99 for 1 day
Get Started
View all rates
You have permission to edit this article.
Edit
Welcome, Guest
Home
News
Sports
Entertainment
Obituaries
Classifieds
e-Edition
Subscribe
Share This
1 of 2 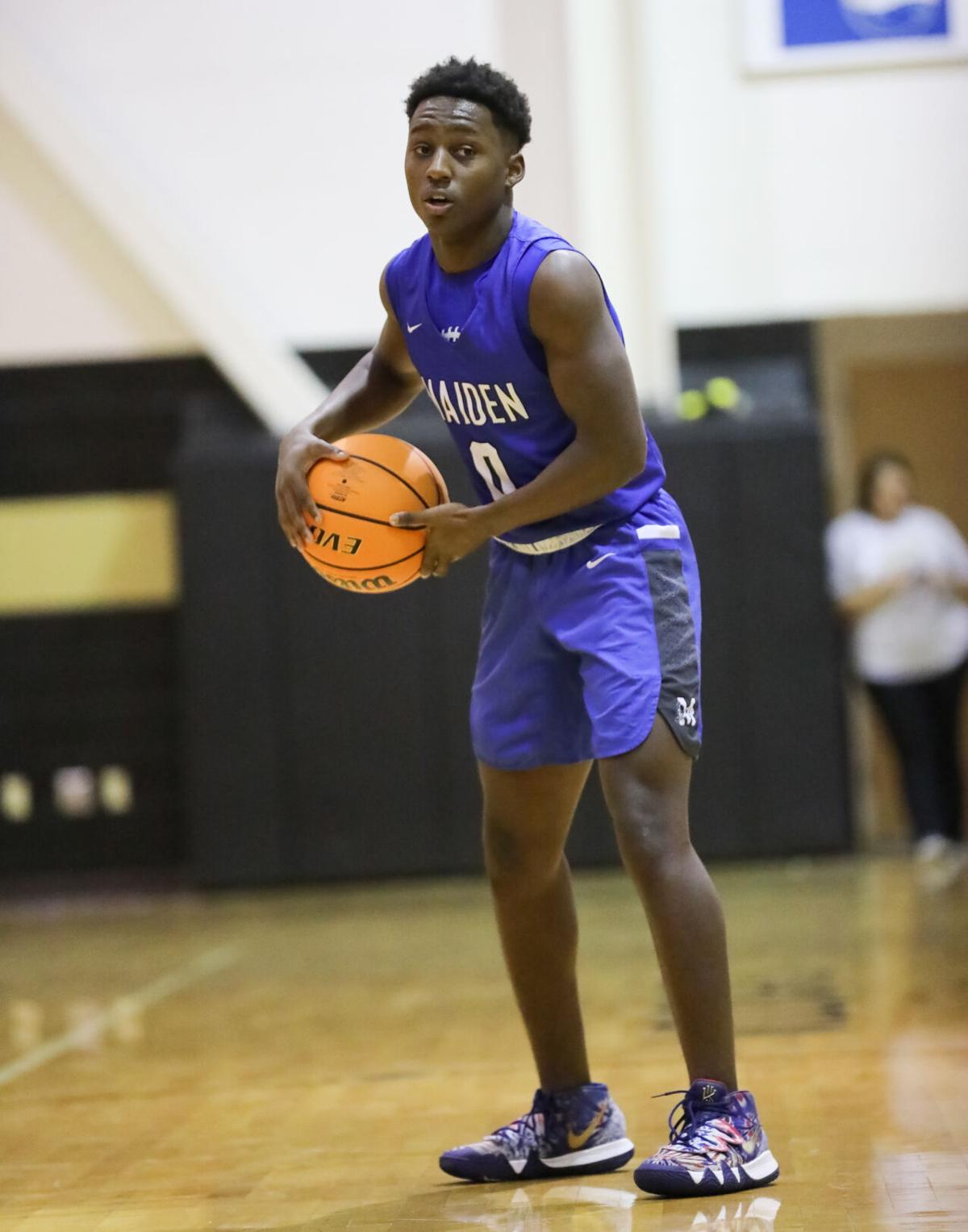 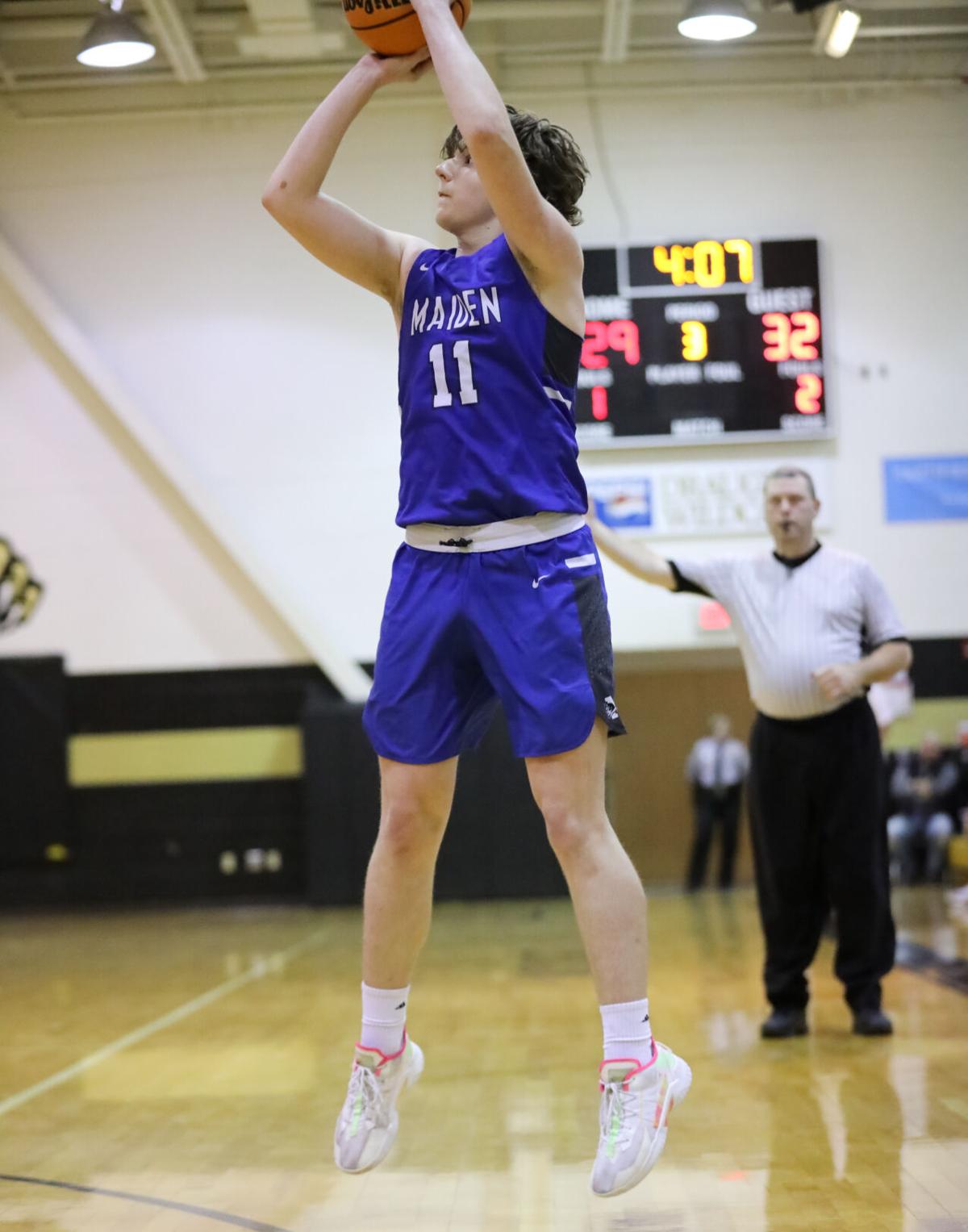 Maiden senior guard Mason Lowman (11) paced his team with 20 points in the home win over Fred T. Foard on Dec. 15, 2021. In this file photo from Friday, Dec. 10, Lowman is attempting a 3-pointer from the left wing against Draughn.

Maiden senior guard Mason Lowman (11) paced his team with 20 points in the home win over Fred T. Foard on Dec. 15, 2021. In this file photo from Friday, Dec. 10, Lowman is attempting a 3-pointer from the left wing against Draughn.

MAIDEN, N.C. — In a rescheduled match-up from earlier in the season, the Maiden Blue Devils varsity boys basketball team squared off against visiting-Fred T. Foard on Wednesday night.

Unfortunately for the Tigers, it succumbed to the Blue Devils, 69-54. The actual game told a different story than that of the scoreboard as Foard put up a fight until the very end.

Nevertheless, with Wednesday’s outcome, Foard dropped to 1-6 on the young season while Maiden finally moved above .500 with a 4-3 mark.

The Tigers have now lost 10 of its last 11 encounters with the Blue Devils dating back to the 2014-15 season with its last victory coming on Dec. 27, 2014, in a 70-27 blowout during the Dick’s Sporting Goods Holiday Classic tournament.

These two programs battled one another on Dec. 1, inside of Jerry Copas Gymnasium with the Blue Devils securing the 54-34 win.

Lowman collected seven points including a triple, an assist and a pair of steals in the quarter. Rhodes earned six points with him twice being assisted by senior forward/center Dru McClough. Gibbs followed with five points in the frame including a 3-pointer.

Despite the charge for the Tigers steered by senior guard Sam Hepler, the road team trailed Maiden, 20-12. Hepler garnered nine points in the opening frame including a triple.

The Blue Devils opened the second quarter on a 7-2 run, leading 27-14, forcing Foard to burn a timeout with 5:44 left in the half.

Maiden continued to be paced by Lowman and Gibbs as the pair finished with 13 and 12 points respectively going into the break. Gibbs obtained a pair of triples, an assist and four steals while also going 3-for-4 from the foul line.

Lowman chimed in with a pair of 3-pointers, an assist and three steals. Meanwhile, Foard countered with the aforementioned nine points from Hepler, along with six points from freshman guard Graham Orndoff (both treys).

The Tigers trailed the Blue Devils by double-digits, 35-24, at halftime although it rallied back within single figures. With 2:27 left to go, Maiden held only a 30-21 advantage thanks to those 3-pointers from Orndoff and a triple from senior guard Nathaniel Hughes.

It also received assistance from senior point guard Brady Davidyak as he had four points, two steals, a pair of assists and a block going into the locker room. On the glass, it was led by sophomore forward Austin Stilwell with a trio of boards, along with a steal and a block of his own.

In terms of the style of defenses utilized in the contest, Maiden went for different versions of the full-court press throughout the night while Foard went for a 2-3 zone, as well as some man-to-man and its own iteration of a press defense.

As far as the level of play in the second half, Maiden stayed tough for the most part. That was until Orndoff got cooking halfway through the third quarter as he nailed a trio of 3-pointers from the left corner in succession (15 points at this point in the game) as the Blue Devils were slow to get back to defend.

However, the Blue Devils were not easily rattled and locked in to lead after three, 54-43. Gibbs and Lowman continued to lead the way offensively. Gibbs unofficially finished the contest with a game-best 23 points (a pair of triples; 5-for-8 FTs), four assists and five steals.

Lowman followed with 20 points (three triples), a pair of assists, four steals and three blocks. McClough also aided the Blue Devils with nine points, nine boards, four assists (all in the first half), a block and a steal in the win.

Although he did not get in the scoring column, junior guard Jalen Robinson helped out in transition on both sides of the court as he chimed in with five rebounds, two assists and a pair of steals through three quarters. Robinson finished with four assists, six boards and the aforementioned swipes.

Rhodes finished with eight points of his own, as well as two offensive boards, an assist and two steals.

For the Tigers, despite the onslaught of 3-point connections (10 total), it could not get to the free-throw line. Its first foul shot attempt came via Hughes on a miss in the third quarter.

On the night, Foard shot only four times from the charity stripe (0-for-4) compared to Maiden (8-for-15).

In terms of Hughes, he aided Hepler and Orndoff with a pair of triples in the fourth quarter (three in the contest) to corral 11 points. He also earned two rebounds, a block and two steals.

Orndoff had some good looks late in the game from beyond the arc to no avail, but he managed to grab a team-high 18 points (six 3-pointers), along with an assist, two boards, two steals and a block.

Hepler started strong but finished with only 11 points in the losing effort, 69-54. He also chipped in with four assists, two boards and a steal. Davidyak led the team with five assists, in addition to eight points, four rebounds, a pair of steals and a block.

Senior forward Mason Mull rounded out with two points, two assists, five rebounds and a block for the Tigers.